You are here: Home / Featured Home / I can’t believe I’m getting out of bed when the alarm clock rings 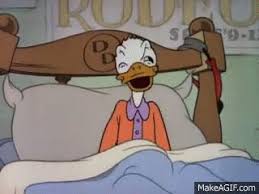 Ok, so I’m not jumping out of bed yet.

But after the past six months of often resisting getting out from under the covers, this is real progress. I mean, “alert the media” kind of stuff.

The crazy (can I use that word?) part about this is I did not know for a while that I had plateaued. It’s a whole lot easier to see that from the outside looking in.

You’ll recall when I had my 90-day Psychiatrist appointment, I began by laying out my struggle with sleeping and getting up. He said that at my age, my body doesn’t need quite as much sleep and that I should go to bed and get up at the same time.

Great advice, but with my varied work schedule, this is not something that I can do consistently.

On top of that, it’s not really the going to bed, it’s the getting up that’s been the problem. And at my doctor’s appointment, after I felt he didn’t hear my real issue with getting out of bed, I instantly jumped into my “concealed depression” mode. Everything was rainbows and unicorns, and life was a bowl of cherries.  I wasn’t advocating for myself.

It took almost seven days after that conversation to understand what was going on.

Thankfully, I have a peer advocate that knows me and can ask me questions that get me to think of problems in healthier ways. Because, after the Psychiatrist visit, I was trying to “just get up” in the morning. But there I was doing the same thing, negotiating with myself about when I would get up.

Hell, I was back to the “eanie, meanie, minee, moe” way of choosing whether to get out of bed or not.

But no matter where it ended, I was going to do it again just to be sure. Then I learned about residual depression. The more I looked at this, the more I could see that I was stalled, stuck, not moving. This wasn’t altogether clear from my vantage point, because up until recently, I was making stellar progress.

Progressing from “up against the wall,” with no visible way out, to having a vision and the beginnings of my new balanced life, things are markedly better.

READ: Up against the wall

But there have still been things that weren’t right. This includes getting up and out of bed in the morning, having an interest in my hobbies, taking care of my yard, and completing outdoor projects. So, a week after basically lying to my Psychiatrist about what was going on, I gave him a call.

Making the call was hard.

When he didn’t pick up and I had to leave a voicemail message, I almost just hung up the phone. But I forced myself to leave a message. And then, “mind reading”,” I decided he wouldn’t call until the end of the day and that I surely had time to run the trash and recycling to the landfill. And don’t you know, he called the house right after I left.

When I got back, I saw his message and I had to leave a second message.

I once again resisted the temptation to just hang up and I left a new message. Within the hour, he returned my call. After talking for quite a few minutes, he decided to up my medication. Starting the next day, I began taking 40 mg. of Prozac, versus 20 mg. before. On the fifth day, I had a break-through. Each day since then has been stronger and stronger.

This made it easier to get out of bed yesterday at 4 AM, so we could fly to Boston for Thanksgiving.

And the new dosage made getting up at 6 AM this morning to fly home a much less stressful undertaking. I understand that this is a work in progress and the medicine is to help me lead a balanced life, not acting like the caffeine in my morning mug of black coffee.

My outside activities list suddenly is looking very interesting and early next week I will be working on replacing the shingles on my lawnmower shed. That may sound like work to you, but for me it’s the highest form of self-care.

Day eight of the new dosage is tomorrow; we’ll see how easy it is to get out of bed.

In three weeks, I am to report back to my Psychiatrist with an update. Looking ahead from today, the prognosis is favorable. Okay, that sounds very pretentious. I’m happy that the higher dose of Prozac is making it easier to face the day.

What is hard for you to do these days?