You are here: Home / Unhelpful thinking / Am I running away again if I take this job? 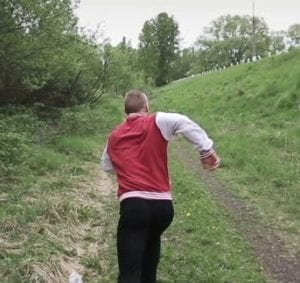 I said I would not take the job.

I had asked when they would be making their decision. I was told they would let everyone know by next Friday. When I got home, I immediately wrote a thank you email to the board director. I mentioned things from the interview and told them I was looking forward to the next steps. As the interview was ending, it seemed like they might do a “round two.”

So, I was very surprised when an hour later, I received an email offering me the position of General Manager.

They offered me the position, so now what?

I had already thought long and hard about whether I would take the job if offered. I spent days doing the decision worksheets to help me see other ways of looking at the idea.  I asked different questions and listened to people’s answers.

Or so I thought. At the end of the decision thought process, I had decided that it was too soon to go back to work full time. That having been in the hospital just six weeks ago, I hadn’t fully recovered and should not take on something like this.

But now the depression is calling to me.

It is whispering in my ear that “one little job won’t hurt you.” “You can handle it.” It is wanting me to see that there is no downside to taking this job. Everything will be fine. It’s just what I need.

Crap. It sounds so good.

After all, I have worked fulltime hours for over 40 years. I can handle it. In fact, I have worked 50+ hour weeks for the past 27 years and worked in my side businesses 20 or more hours each week. Heck, I spent several years writing and publishing two books while working full time. I’ve got this.

Or, is it the depression talking?

READ MORE: Can I tell you the truth?

In some of the group meetings I have attended, I have heard people with substance abuse issues say that “they thought they could handle just one drink, just one hit, just one pill.” And every single one of them said that was unhelpful thinking. That following that thought took them back into the darkness and soon they were out of control.

I do not want to be out of control.

My depression leaves me when I get to the bottom. It ends up being just me, up against the wall, with only the one way out that depression pre-determined for me. It reminds me of where I need to go before leaving me isolated and cut off from everything normal. What a bastard.

But we are talking about a job, not a drink, not a bong hit, not pills.

Isn’t that different? Society, I think, would be very proud of me if I told them I was going back to work. I can show them “I am a man; I can take it.” I know what is expected of me. I can just shut up and go to work.

Then why doesn’t it seem right?

Why am I going back and forth about the decision I have come too? Why is there any doubt in my mind that NOT taking the position I am being offered is a good, healthy choice? Why can I not just pick up the phone, make the call, and decline the job?

Because the dark side is calling to me. It is trying to get me to not use all the great tools I have been learning in the past six weeks. It is trying to get me to go dark, to go behind people, to start keeping secrets again. It wants me to not listen to more than a dozen people who have (almost all) faced similar situations and are telling me from their own experience that taking on a full-time job now, is not a good idea.

They know what they are talking about.

Why am I having such a hard time listening? I did everything I have taught my clients to do to land a job. And it worked. It worked very, very well. And I have been offered a full-time position as a General Manager. I can come out of retirement and put my skills to use for a non-profit. I would be giving back!

I was asked to let the non-profit know within three days if I am going to accept the position. So, the clock is ticking. But it also gives me another 24 hours to get my thoughts together.

If I do not accept this job, there will be others. I feel very confident in the process I have taught to so many. I know that if the time is not right just now when it is, I can land a job. So that is not a factor. The underlying issue is WHY am I wanting to go back to work full-time now?

Am I running away from myself, towards the depression?

Am I scared to face myself as I learn self-care and how to appreciate myself? I know I haven’t quite got the “I am enough” idea going yet. That could be it. At work, in charge, there is no doubt in my mind that I am good enough. I’m confident without being cocky, in control without micromanaging, and successful because I make it a team effort.

But what if it is just me standing there?

Not me as the General Manager, but just me. Is that good enough? To just be me? I’m not sure.

Damn. It seems like I need to stop and face myself.

Running into a full-time position may be an escape from having to face myself. I wish that wasn’t what I feel. It would be so easy, just like every time in the past, to just gloss it over, sweep it under the rug, and move on as if nothing ever happened. But it did happen. I was up against the wall and only saw three options.

Depression had limited my choices, had screwed up my concept of reality and made it seem like only it knew what was right for me. And if I followed what it wanted me to do, it would show me the way. But there were conditions.

It had to be a secret; I couldn’t share the truth with anyone. It had to go against the grain, it could never be what others were doing or would think to do. And it had to be sudden, dramatic, impulsive, so there was no turning back. If I would do all these things, depression would help me out.

So, am I running away (again) if I take this job?

I want so bad to say no, I am not. But I see the reality is yes. I am not ready. I need to be enough just for me, before being enough for others.

I’ve addressed many other aspects of depression in the past few weeks. I can tell already that this is going to leave a mark. But I am going to say NO to the offer of a full-time position as a General manager for a Non-Profit.

Join me on my journey from depression. Get my latest post, whatever it will be. No spam, just me.