You are here: Home / Depression / With Depression, I Can Do What I Want, Can’t I? 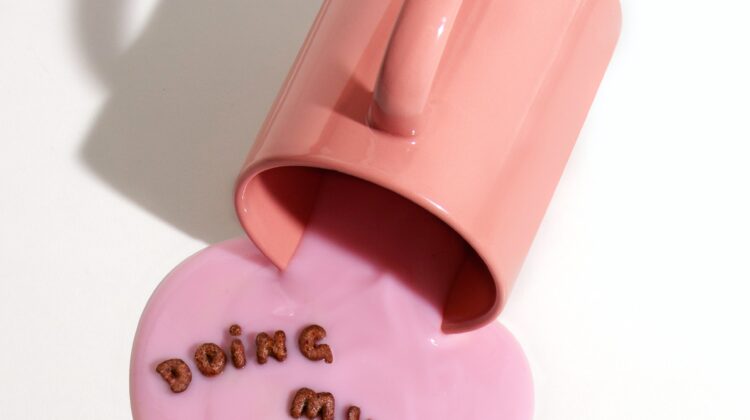 Having control over my attitude towards events is all I can do.

But that one thing is extremely powerful. It sent men to the moon after the Soviet Union put Sputnik into space. The US program was still launching high-altitude weather balloons. After Sputnik, the attitude of the country was “we have to do something.”

And Kennedy making that promise, in front of the world to land a man on the moon was our response to the event.

Being in control of my attitude towards events isn’t often worthy of news coverage. But it is as important to me as national pride was in the early sixties. When I adjust my attitude, it gives me an entirely new perspective on my world.

Things that I never dreamed possible, now appear, having been there the entire time.

Since nothing can be added or lost (a scientific truism) then what I really wanted already exists. Napoleon Hill said that for most of his followers, becoming “success conscious” was what they needed before his teaching would bear fruit.

They needed an attitude that attracted opulence. Most people focus on avoiding poverty and end up attracting the very thing they are trying to avoid. I am still a student of Napoleon Hill and value many of his observations about a person’s attitude towards life.

Having been diagnosed with depression after living with it for over 45 years, my attitude towards depression has changed.

As I have written, until I went into the hospital some 29 months ago, I told myself I did not have depression. In fact, depression wasn’t even in my vocabulary. I just had some tougher periods in my life. I focused on the positive in situations and didn’t see the tell-tale signs of depression.

Every time depression and I met, I would ignore it.

I still refer to 1977 as my “lost year.” Saying that wasn’t and still is not facing that dark time in my life. Yet I was still functioning, at least on the outside. I could make a living, but thinking back, I wasn’t doing much more than that.

In fact, before that depressive episode left, I had alienated a good friend.

And had tried to leave everything and every one by moving to a campground. I’m sure I secretly wanted to be found, and within a week I was. I moved back home and continued my daily runs, which I had started the previous winter. Now I wasn’t as hard-core a runner as Forest Gump, but I was logging 3 to 5 miles every day.

By the time I returned to college that fall, I was in the best shape I had been in my entire life.

My dark days were over. And everything was coming up Milhouse. I spent zero time investigating what had happened. There was no review of the year, which may have shed some light on what depression, and I had gone through. I had not seen a single doctor, therapist, or psychiatrist about what had happened.

And I certainly didn’t look for help from any professional while depression and I were circling the drain. It was up to me, I felt, to get better. It must be all in my head may have been my mantra. But I am not sure I was conscious enough about what was happening to even have a mantra.

All I thought about was how I was going to get through today.

And by the end of my depressive episode that time, I believe I was too numb to even think about that. Getting through the day with my high-functioning depression was all I could hope for.

If I had known about SMART Recovery, WRAP, or the change triangle, I believe I would have used them. I know it has only been 29 months since I found out all these tools existed, but I am sure I would have jumped into them back then.

But guess what, my attitude was to forget the past, and get on with the future.

And I did. I met and married my wife, became the college student body president, and had a 4.0 average for my senior year. I landed a management job right out of college, and we soon had three children. We moved with my job, I had seven stores in seven years. And the last store took us back to the same town from where we started.

Over 14 years passed before depression, and I were intimately together again.

I chose living over learning about the past. In the end, I am not sure I was ready. The understanding of depression and mental illness in general was, and often still is, shrouded in stigmatism. I remember walking in Williamsburg when Central State Mental Hospital was still there. Behind the formidable brick walls, people were kept out of polite society.

There was little understanding, just a plethora of fear and often disgust.

Outside the walls, I could hear how the locals talked about the residents inside. And the names that were used I will not repeat. But suffice it to say that the general attitude towards the mentally ill was to lock them up and keep them away from me. This was 50 years ago.

I know I have digressed, but I have always written what comes into my head.

While my wish is that others will see hope, this blog is still my way of working out my relationship with depression. Having changed my attitude early this week, the past three days have felt productive and fulfilling. Getting over feeling sorry for myself, I am back to focusing on today and the future.

Remember, I have depression, depression does not have me.