You are here: Home / Coulda, Woulda, Shoulda / My Depression Operates in The Smallest Spaces 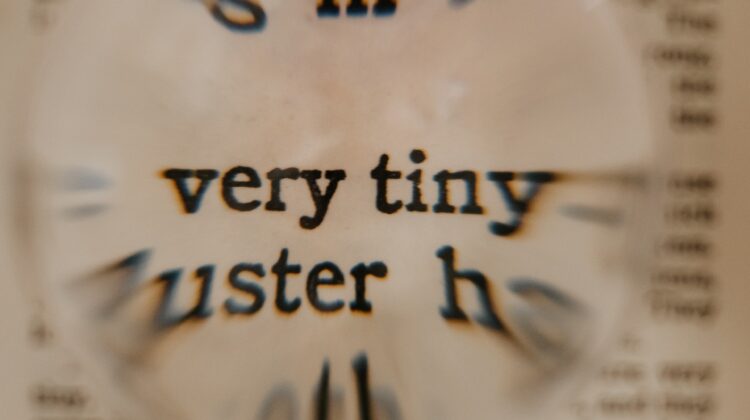 Before I began learning about how depression works, all I knew were my spectacular crashes.

As I thought back on my life, I could clearly see four major episodes that my depression exacerbated. These were times where I was circling the drain, was up against the wall, and could not see any way forward. To an outsider, I can only imagine how that must have looked.

But for me, living it, I went along as if nothing was wrong

Thanks to my high-functioning depression, with each episode, I was still making an appearance. I got to work. Regardless of how my day started, I always made it to work. And at work, I would put the most effort into being normal. After work, I would find any excuse to go to bed early.

What I did not understand about depression was it is with me even when things are going great.

Where I go, my depression goes, it’s that simple.

As I have written about many times, when my major depressive episodes would end, I would move on.

I never ever wanted to know what the heck had happened. In some ways, I was just too ashamed of how I had felt. Worse, I was heartbroken over the actions I had or had not taken. On the reverse side, there was my joy and elation that I was feeling like myself again.

All I wanted to do was sweep what was left under the rug, and pretend my depressive episode never happened.

In fact, I would not even use the word depression. There was no way I had depression. No way I was associated with what I assumed was a debilitating mental illness. I was the poster child for positive ideas, for energetic actions. I set goals up and then knocked them down.

Sure, I had some highs and lows, but didn’t everyone?

Ok, so maybe my lows were a bit more intense, perhaps even a lot more intense. But I always came out of them, stronger and more determined than ever to achieve goals. Therefore, I did not feel the need to examine what had happened or how I could prevent it in the future.

I assumed that I would always be positive and upbeat going forward, that it would never happen again.

There was no need to examine what I had just gone through. I did not need to dwell on the past or learn why I had felt down, secretive, and alone. Heck, until very recently, I still felt alone at times, “even with someone I loved.” Depression’s all-or-nothing thinking gave me the sense that I would never have another episode where I circled the wagons.

Seeing depression from 20,000 feet was easy.

Living depression day-to-day at ground level was and is much harder. Learning that depression and I live in the same body was a shock. I thought that, at worst, depression just came to visit periodically. My understanding of depression was so limited, I could not see how it shows itself every single day.

After my short stay at 5 East, I was determined to learn all I could about my depression.

This is when I discovered On Our Own, a peer support non-profit. They were open and accepting. From day one, I felt like I belonged. The staff and anyone who came was supportive and non-judgmental. I could, and can, talk about whatever is on my mind without the fear of being judged.

At On Our Own, I was introduced to WRAP, wellness recovery action plans.

Over 8 weeks, I created my own personal plan. This includes what I look like when I am well, signs and triggers that alert me to possible trouble, and a list of things I can do to reassert my control over the situation. I even have a pocket crisis plan available, already filled out, just in case I need it.

I also discovered SMART Recovery and even flew to Chicago for their annual meeting.

Leading a balanced life with depression has been the main takeaway from SMART. Wanting to know as much as I could about my depression, I enrolled in their basic SMART recovery course. With an advisor, I could host a SMART recovery meeting. In the future, I would like to take additional courses to learn more tools I can use as I live with depression.

CBT or cognitive behavior therapy has been another tool I have learned.

I have done extensive reading about depression, including scholarly papers on depression and related topics. All of these resources have given me a much clearer understanding of my depression. I have read The Five-Second Rule and At a Journal Workshop.

The biggest thing I have learned about my depression is that it starts in the smallest of places.

Depression has 10 unhelpful styles to keep me in line. I was shocked to see how these infiltrate my day-to-day thinking. It is easy to see my big meltdowns and how unhelpful thinking reinforces my downward spiral. What is harder to see are the daily pokes depression delivers, with the intention of leading me back to the abyss.

I go from appreciating a compliment about how young I look, to what were they thinking. Of course, I would look so much better if I would lose some weight. I should be going to the gym and right now I am not. I would go to the gym, but I don’t have the time.

And in a few seconds, I go from thinking that I do look pretty young, to why the heck do I even bother.

This one thought is not sending me to circle the drain. But this thought is designed by depression to undermine my confidence and my positive self-image. The more depression can get me spiraling down a rabbit hole, the happier it is.

Depression knows I will not stay there very long, but still, it tries.

After all, it has plenty of time and a huge amount of patience. All of the tiny, small day-to-day challenges it exposes me to have added up to big, dramatic breakdowns. Before I faced my depression, I had no idea that depression could get into my head in such small ways.

Now I catch myself all the time using all or nothing thinking.

And I see how I have given up control of my attitude towards events in the past. While this is the one thing, I have complete control over, I have often given it up. Now I have tools to help me reframe my negative self-talk. I cannot control events, but I can always control my attitude towards them.

In the past, I was always too busy to stop and talk to someone.

Even in non-threatening situations, I would rather say the obligatory “hi how’s it going” than actually stop and talk for even a few moments. Now that I have tried it, I see how easy it really is. I spent almost 2 minutes speaking with a man I had never met, We shared life experiences, I learned about his grandchildren. And I got the chance to show off a picture of my grandson.

Because I did not let unhelpful thinking push me into fortune-telling mode, I was able to be in the moment and have a simple conversation. In the past, I would have had the entire conversation in my head, and by the end, would have concluded that he didn’t want to talk to me. And I would conclude this without ever speaking to him.

Depression made it clear that I was only to talk to it, never to anyone else.

Slipping itself into all of my small spaces, depression asserts itself every single day. This conclusion has been long in coming, but I am still discovering how many ways depression can slip almost undetected into my life. It spends its days thwarting my efforts to lead a balanced life with depression.

Instead of being angry about this, I am using that energy to reshape my attitude towards depression’s efforts.

After all, I have depression, depression does not have me.