You are here: Home / Suicide & Self-Harm / With Depression, I Feel Survivors Guilt for People I Do Not Know 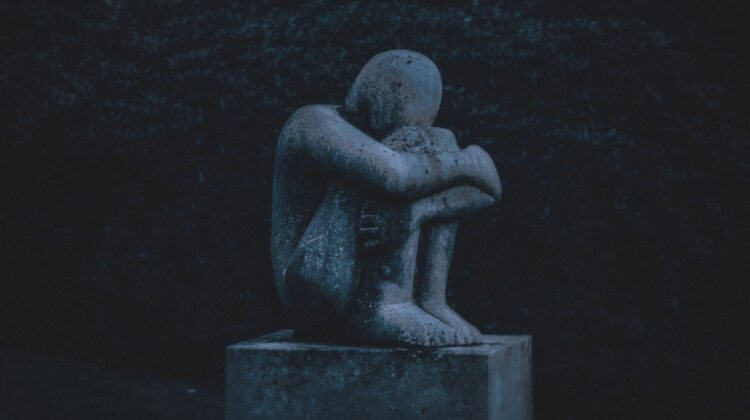 I have felt guilty for being alive before.

When someone I had been to group sessions with took his life, I felt very guilty to still be alive. The shock of his decision was more than I could handle at that moment. So, I jumped to feeling guilty that it was not me.

And then there is the shame of not doing something, anything.

Not that I could have. While we were in a few groups together, we never spent alone time together and I never had more than a casual relationship with him. But I understand the challenge of waking up every day and pushing the same rock up the same hill. Complicating his death was the onset of Covid 19. This pushed in-person group sessions into online events. While supportive, the energy is vastly different and could have played a role in his decision.

This morning, I read an article that made all my guilt and shame come rushing back.

One death by suicide is one too many.

— Defense Secretary Lloyd Austin, on the Navy opening an investigation into the command climate and culture on board an aircraft carrier following the deaths of seven sailors in the last 12 months, including four by suicide, according to the Navy. As of today, there have been 18 suicides this year among active-duty Navy members.

Having been in the abyss, I know what not feeling anything looks like. I know how the days are long and void of any happiness. Surviving from the time you get up until you can get back into bed is a day-to-day challenge. And there is nothing in between but the wall you are up against.

Nothing, nothing but a deep emptiness.

My heart goes out to those who made the decision to stop pushing that rock. I have been in that spot and have had to make that choice. As I have written before, after 40+ years of depression, I woke up one morning and felt I had three choices:

As I have said before, I am way too chicken to end my life.

Being competitive, I finally made the choice to seek professional medical attention. And this is not easy, even when you make up your mind. Moving from just getting by to asking for help is difficult. It would have been far easier to just wait it out, begin to get over the episode, because for me they do finally end, and then sweep what’s left under the rug and walk away like nothing ever happened.

The hardest part of the day I went to the emergency room, was making sure I got the professional help I knew I needed.

The attending physicians, both in the emergency room and on Five East, were giving me ways out. It was easier for them to get me to go home than it was to find a slot for me in the hospital. It took a tremendous amount of energy on my part to keep the doctors focused on helping me.

Even the intake Doctor at the hospital was speaking to me like I was a normal, non-depressed person. He wanted to talk about where I worked because he was a member and shopped there. He loved my socks, which I had bought at the place where I work.

To get what I needed, it felt like I was forcing myself on the system.

Getting back to the Navy, I am empathic to the sailor’s dilemma. A chain of command can be a lifesaver at times but can also make a person feel they have no control. I see this with subordinates at my day job. “It’s above my pay grade” is a common reason given for not even offering a solution to a challenge.

Knowing that the one thing we can always control is our attitude towards events can be hard to visualize.

The feeling of being out of control can put thoughts in a person’s mind that they would not normally have. And sometimes, the consequences of these thoughts can end a person’s life. 18 active-duty Navy members have chosen this option this year.

Our culture creates a stigma around mental health issues.

Break your arm, and the course of action is clear. The bone is set, the cast is applied, and everyone gets to sign the cast as you wait for the bone to heal and for the cast to be removed. But if you are diagnosed with Major Depressive disorder, with suicidal ideation, very few want to be associated with that.

At some level, I believe most people can see the value in helping those with different mental challenges.

But the stigma surrounding mental health persists. And this stigma can change a person’s perception of the options they have. It becomes easier to believe there are no options, that you will always be up against the wall. And once you lose the confidence you develop by using your mind to create your own attitude towards events that you cannot control, things go downhill quickly.

Soon, what they say is in the front of your mind.

And the chance to decide for yourself how you will react to stigma, for instance, is lost or diminished. I have let stigma keep me from sharing my story with others. And yet, I have published almost five hundred blog posts over three years, sharing my story.

But the fear of stigma still makes me afraid to use my real name.

I still am writing under the alias of “depression is not my boss.” And while my blog is public, I have not gone out of my way to let even those I care about know what I go through.

Even as I work to lead a balanced life with depression, I identify with the sailors who took their lives.