You are here: Home / Unhelpful thinking / Depression Wants Me to Keep Secrets Again 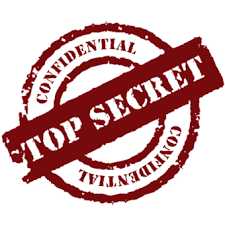 Since I was diagnosed with major depressive disorder, I have learned just how secretive depression is.

And I have learned many of the sneaky trick’s depression has used with me over the past 43+ years as it kept a hold over me. The craziest part about my relationship with depression is that it always makes me feel like I am in control.

Worse, the ideas are planted by depression, then my mind takes over and applies all the unhelpful thinking styles depression coached me to use.

So, the whole thing becomes my idea, whatever it is.

Not being satisfied to send me off into these unhealthy actions, then depression tries to isolate me from anyone who can see through depressions scheme. So automatically, family and friends are being excluded from the conversation about whatever the action is depression wants me to take.

And right now, it wants me to be secretive about money.

Now money has been one of depressions strongholds throughout my life. It is all about control. If I do not control my own money, then what else is there? And who better than depression and me to figure out where extra resources should go.

READ MORE: How can you be in control and still have depression?

Immediately I have excluded my family in the arrangement. After all, they just live with me and are kind of dependent on my ability to pay. Yet depression wants me to ignore them, to keep things secret from them.

How in the world is keeping secrets healthy?

Depression and I have been in the process of breaking up ever since I was in the hospital last year. I have become aware of many of its tricks including tossing automatic thoughts into my head and then letting me run wild with them. Very quickly I get into catastrophizing the situation.

Secrecy becomes the word, so I do not have to explain myself to anyone.

Explaining myself to depression is not necessary. Depression set it up so I would feel safe and warm under its umbrella, while all heck was storming around me. Depression and secrecy kept me from seeing or challenging anything it put in my path. After all, it’s just depression talking, why should I be afraid?

The way depression worked on me, I never knew I was not thinking clearly, or even rationally at times.

Depression and its secrecy have pulled me out of the jaws of success many, many times. When I would begin to have success, depression would see that as a threat. Then it would send whatever unhelpful thinking style it needed to get me back in line. And I was letting it because I didn’t know any better.

Now that I have a different perspective, I can see how destructive depression and its policy of secrecy has been in my life.

As I work on unhinging myself from this aspect of depressions control, I see a better, more balanced life in front of me. While that is scary and frightening, the alternative of giving in to the secret and unhelpful thinking of depression is even more alarming.