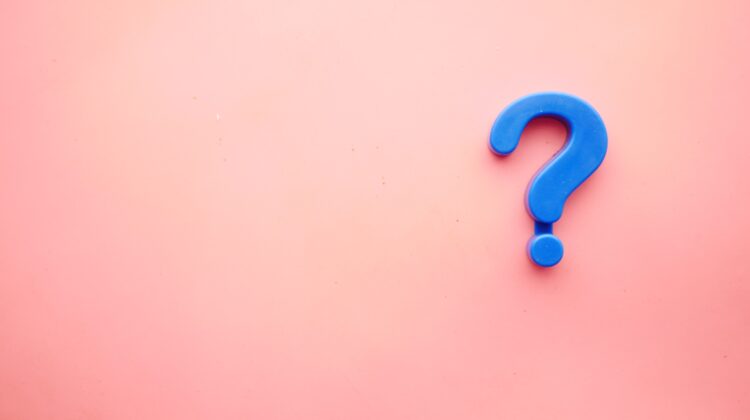 Photo by Towfiqu barbhuiya on Unsplash

Last night, it seemed like a logical question to ask.

I began to ponder it and play out the ramifications in my head. There must have been a reason why I did not write it down. I try to save ideas such as what inspired me so I can ponder them later. I’m like a cow grazing the grass, then later chewing its cud.

Why didn’t I write the thought down?

I am getting better at jotting down my thoughts in some way. If I think of something to remember, I will send myself a text or an email. Then, I know that later I will discover the text or email and it will trigger me to work on whatever I write down.

Recently I sent a text to myself that just said TV.

Seeing my text to myself, I made it a point to find out what was going on with the TV.

And in the end, I had forgotten it is in the basement to replace the TV my daughter owns when she moves out. So, I was able to resolve the TV issue with my friend and myself.

Why didn’t I send myself a text about the depression question I was thinking about?

Usually, I am all over nagging questions about my depression and its effect on me. And as I come across articles or information about my mental illness, I tuck it away until I can think about it further. But if I tucked this idea about depression away, I also tucked away the hiding spot and the key to open the lock to it.

It may have been a song I listened to on Pandora yesterday.

In between listening to an audiobook, I will spend a day or two listening to music as I travel to and from work. This breaks up the books and gives me a day or so to digest the book before going on to the next.

What song was it that tweaked my curiosity?

I do remember that I was going to find a U-Tube video of the artist performing the song, and use that in the body of my blog post. Whatever question the artist was posing in the song, sparked a question in me, too. I am sure that was what the artist intended.

Why can’t I think of the name of that song?

If I did, I am sure I would be able to remember what I was thinking and why it was important to me. Well if it had been super important, I would have jotted down a note right then. I admit that I have been known to write notes to myself while driving.

One eye on the road, and one eye jotting down a note while doing 70 miles an hour is crazy.

Years ago, my wife gave me a voice recorder so I could make notes while driving and still pay attention to the road. This was a great idea, but in time, I was back to jotting down handwritten notes while I drove. I made a big deal about having to listen to the tape and write down what I said.

Of course, this time was minuscule compared to the weeks or months of a hospital stay and then physical therapy if I had had a serious accident while writing and driving. And this doesn’t consider the pain and suffering I might inflict on someone else if I had an accident and another vehicle was involved.

I’m better about not writing and driving, but I still do it at times.

So what was that song and what was it that made me think it contained answers to my depression? I’m hoping that when I get in the truck later to drive to work, something will trigger a memory and I can remember the song. I am now certain the answer to what I was thinking about has to do with an artist and a song.

Whatever question it sparked about depression; I am not blaming my depression for blocking my memory.

It was not a type of unhelpful thinking that demanded I not remember the song. Depression may be secretly keeping me from remembering, but now I am just playing the blame game. I want it not to be my fault that I cannot remember what I thought about yesterday.

Maybe it just wasn’t that important.

Or maybe, like the word TV, I texted to myself, I will see something that will trigger the memory. This may inspire me to send myself a reminder. Until then, I have other work to do.