You are here: Home / Depression / Is It OK That I’m Good, But Not Too Good? 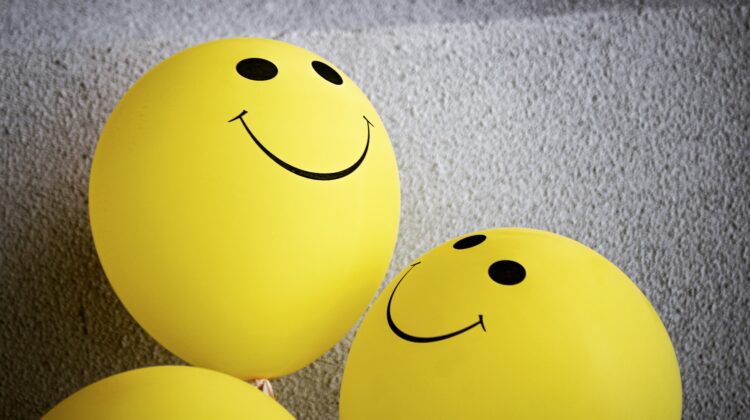 Now don’t get me wrong, I am genuinely thankful to be mentally where I am.

And I am thankful for all the support I have been given, and the tools I have learned. There is so much about depression I did not know. For instance, some depression can be situational. The loss of a job or a loved one’s death can bring on this type of depression. Biological depression is inherent, or at least is a chemical makeup that leaves you open to bouts of depression. Now I should be Googling these terms to make sure they are 100% correct. But I am going to forge ahead as if I knew for sure these terms are correctly defined.

Wow, that’s a lot of words to say, “I will have depression my entire life.”

And facing depression for what is left of my entire life is a far cry from what I had been doing about my depression. What I had been doing was to run from it. To never, ever, say its name out loud. I would make excuses for my actions and then as each depressive episode would end, I would sweep whatever was left under the rug.

And then I would walk away from the wreckage without looking back.

I was good. There was no need to critique what had happened. It was just life getting in the way of living. And now it was over, so let’s move on. I saw no need to learn from what I had gone through because, in my mind, I was never going to experience that again. Let me say that again.

In my mind, I was never going to experience that [depression] again.

Plus, I would always assume that I had hidden my self-destructive actions so well, that no one knew I had gone through it. I was sure no one saw I had bouts with Major Depressive Disorder. And as I have since learned, had I faced depression in the 1970s, advances in medicine for mental health issues were lagging. I’m not justifying not facing what was happening, I’m just saying the outcome would have been markedly different.

Over the years, I realize that each episode found me going deeper and deeper into the abyss.

Well, there was one exception. I still light-heartedly refer to 1977 as the “lost year.” But the outcome of that year was me getting into the best physical shape I had been in so far in my 22 years on this earth. Plus, depression was so confused with how I had beaten it back, it was almost 15 8 years before it was able to gain my full attention again.

It is possible that I went 10 or 12 years, but not 15 and maybe longer than 8 before depression and I were on a first-name basis again.

I was better than good for many years after 1977. And now I am thinking that besides the physical changes I had made to my body, I had changed my mental outlook as well. I was positive that things were going to be positive. And this attitude kept me going in a healthy and robust direction. The key was my attitude.

I didn’t think of it at the time, but my attitude about events is what I was controlling.

Giving up trying to control the event, I found I could adjust my attitude towards the event. This put me in control of myself. Doing this was and is extremely empowering. And it got me through tough times without letting depression get involved.

So now I wonder if I am really controlling my attitude towards current events in my life.

Could that be why I am good but only good? Does my attitude of “I can stop when I want to, but just not now” have an impact on my daily outcomes? My clothes are fitting a little tight these days and I am focusing on losing 10 to 15 pounds. I pack a very healthy lunch after eating honey nut cheerios with blueberries on top.

But when I get home at night, I find the potato chips while dinner is cooking.

Then, I find myself eating fast and then having seconds before the first plate can be registered in my brain. By that time, my stomach hurts because it is full. Even one larger plate of dinner would be better than having seconds. But my attitude is, I can start thinking of this tomorrow.

When I wake up the next morning, I am just as heavy as the day before.

And I start the process all over again. So, I am good but just good. I am doing the right thing as I see it for the balance of the day, but I cannot control my actions when I get home and I overeat. All the day’s efforts, including drinking 48 plus ounces of water, are for naught. I refuse to change my attitude towards my eating actions at home, at night.

So, I get good and only good.

I am beating myself up for being “only good.” But three years ago, any form of good would have been amazing. Then, I had no feelings at all. I was up against that wall feeling that I had no choices. At least now, I can tell that I have choices. And I can decide how I want to act, how I want to approach situations.

So, I should be kinder to myself, for I am doing what I can right now.

My actions are not what I would like them to be, but they are not leading to a crisis. I am trying to control a dozen vanity pounds that would make my clothes fit better. And with spring around the corner, I see that I will be outside getting much more exercise. Last year, I dropped pounds as I spent more time in the garden, the orchard, and doing things around the property.

Today, right now, I will take good and be good with it.