You are here: Home / Featured Home / The heater was emitting Carbon Monoxide and we were dying. 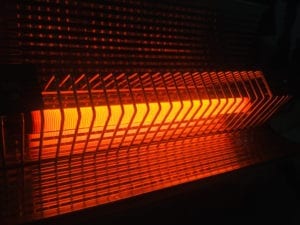 I was reminded today that when I was 5 years old, I saved the family from asphyxiation.

We had moved from New Jersey to Mobile Alabama in 1960. My father was an engineer and he had a chance to go to work for this new government startup called NASA. They had facilities in Mobile. So off we went.

My parents found a rental home outside of Mobile.

It was very rural as I remember it. A few things stand out. There was a stream behind our house. It was deep enough that a five-year-old couldn’t cross it without getting his shirt wet. And there were lots of minnows and crayfish in the stream.

Second, there were three big concrete drainage pipes in the lot next to our house. This lot had not been built on yet. These pipes were a great place to play. The pipe openings were almost three feet across, and they were 16 feet long. To us as small children, the pipes seemed enormous.

But the best thing about the house and our road was that on the other vacant lot across the road from our house, was a huge wooden structure that held up a billboard. My parents weren’t excited about that and thought we should never play on it.

Telling me no was like writing a prescription that said I had to play on it.

And more than once, I would scale the framework and see how far up I could get. As the oldest of four children, I would usually lead the way. I have two sisters and a brother all younger than me. We were all born in the span of 5 years. This meant Mom was busy watching the youngest kids, leaving me a clear path to climb the billboard.

The small house we were renting had a gas heater built into the wall.

Coming from the snows of New Jersey, we did not expect much in the way of cold in Alabama. And historically, the weather in Mobile had been very mild, with no snow. This changed with our arrival from the north.

I do not remember that conversation, but both of my parents mentioned it more than once over the years. So, someone must have made a big deal about it. I really do not remember a lot about that time, but some things stick out.

My mother must have put on American Bandstand on the TV because I do remember hiding behind the couch and doing the twist. I didn’t want my brother or sisters seeing me “dance.”

I remember that we had a baby grand piano in the living room.

This occupied over half of the living room. I remember that when a tropical storm came through, my Dad put the canoe in the living room so it wouldn’t wash away or be blown away.

I remember how red the dirt was.

It was an orangish-red that was more clay than dirt. I don’t think my Mom was able to get it out of our clothes. It stuck to everything and made flowers hard to grow. And when my Uncles came down to visit and we rented a rowboat to fish in a lake, the entire shoreline was orangish-red.

What I don’t really remember was the night our heater went on the fritz.

The house had three bedrooms. My parents had the one at the end of the hall, then my sisters shared a room and my brother, and I shared a room. Somewhere on that hall was a bathroom. And, in the hall was the closet with the heater in it.

It was fall and the nighttime temperatures were dipping.

My parents decided that for the first time since we had been there, that we needed the heat on overnight. So, on it went and soon we were all in bed. I’m sure as kids, we went to bed much earlier than my parents, but at some point, we were all in our bedrooms sleeping.

I woke up in the middle of the night feeling very nauseous.

My recollection of that night comes from stories I was told by my parents. I woke up feeling sick. And I stumbled into my parents’ bedroom. There I woke up my parents to report on my nausea. My Mother started to get out of bed and had the same wave of nausea and lightheadedness.

My father had the wherewithal to understand what was happening. Quickly he shut off the heater and woke my brother and sisters. We all ended up on the front porch with the doors and most of the windows open.

I dug up these facts about Carbon Monoxide poisoning

Carbon Monoxide poisoning kills 400 Americans every year and sends 20,000 to the hospital, according to the CDC. Leaking furnaces or boilers are one of the most common causes of deadly carbon monoxide poisoning— every year without fail.

Odorless, colorless and very deadly, carbon monoxide is a byproduct of burning fuel to heat your home. Even small leaks in your boiler or furnace can expose you to a deadly amount of carbon monoxide.

I learned yesterday (almost 60 years later) that my parents were so thankful to be alive that my father took the day off from work, I missed kindergarten, and we all went to the mountains for the day.

Why I clearly remember the red dirt of our year in Alabama and do not remember this incident I am not sure. Traumatic events often leave a mark. As I explore my past to get a better idea of how to face my future, I will ask my therapist about this.

I can tell you, the incident occurred so many years ago that feeling like a hero is not how I remember what happened because I do not have a clear memory of it. I was five years old.  I remember what I was told and that is the “legend of how I saved the family in Alabama.”

Stay tuned, I am on a journey to find out. Your comments are welcomed and encouraged.