You are here: Home / Change Triangle / What a Terrible Thing to Say 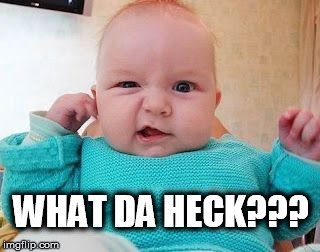 I can’t believe those were the first words out of my mouth.

The day had really ended well despite taking three hours to drive in the heavy, wet snow to work. It turns out the winter storm tracked east, at about the same speed as I was traveling east.

I kept thinking it was going to turn to rain, but that never happened. There were 15 accidents between my house and work.

So, I was a little nervous about the ride home at 10 PM.

Luckily, all the major roads had been plowed. Even our winding road from Route 33 was plowed and the steep hill by the Methodist Church had been sanded heavily. I was also excited to see my neighbor had gotten on his tractor and plowed our shared driveway. There are five families on our private road. Having a retired neighbor who enjoys plowing is a huge plus. Yes, I have taken him cookies more than once!

READ: Everybody wants me, but do I want myself?

When I arrived home late last night, there was a note from my therapist’s office.

He had a cold and had canceled today’s appointment. I was to call this morning to reschedule. That was a bit of a shock to me as I had been waiting several weeks for this appointment. He rescheduled the one before, then I had to change the date due to a work issue. And then came the holidays; Christmas and New Year’s.

I was really looking forward to catching up and sharing what I was up to.

I had made a list of concerns and questions to ask. I have been working on my inability to get started in the morning and was hopeful that exploring that with him would give me new insights.

READ: I stand up for what’s important to me

Plus, I have discovered new things about depression and its sneaky tendencies, and I wanted to share what I had learned. But instead of doing all that, which I had been thinking of for weeks, I am forced to reschedule.

That was it. My initial, automatic thought was about me. It wasn’t, “aw, I’m sorry he’s not feeling well, I hope he gets over it soon.” It wasn’t even, “Yeah there’s a lot of that going around right now.” It was “what the hell!”

I walked down the hall to my office and tossed my stuff onto the chair. There was no hanging up of my jacket in the hall closet, no putting my lunchbox in the cupboard, setting my water bottle in its place on the counter. I just piled everything in my office chair and headed to the kitchen to find something to eat.

I found a Tupperware bowl of hash browns which I microwaved and ate.

I probably really wasn’t hungry, but off I went to eat anyway. Then I began to re-think my initial reaction and I felt bad. My therapist has been so helpful to me and has opened my mind to many, many new ways of looking at things. I learned how to apply the change triangle and we have shared many of my past moments with depression.

It really wasn’t personal, but his news was not even remotely expected.

I had spent the drive home anticipating my appointment today, plus the chance to get to a SMART meeting this evening. I will still go into town for SMART. But now I am not seeing my therapist until the 23rd of this month. Rats!

At least I caught myself after a few minutes, but I feel bad that anger at him was my first reaction.

It’s not his fault he got sick; I know it is going around. He didn’t get sick just to make me feel bad. Knowing him, he most likely is mad at himself for being sick. I don’t begrudge him the chance to take care of himself and his cold.

I just wish my first automatic thought hadn’t painted me as the victim.