You are here: Home / Depression / 3 Ways Depression is Keeping My Continued Success Away 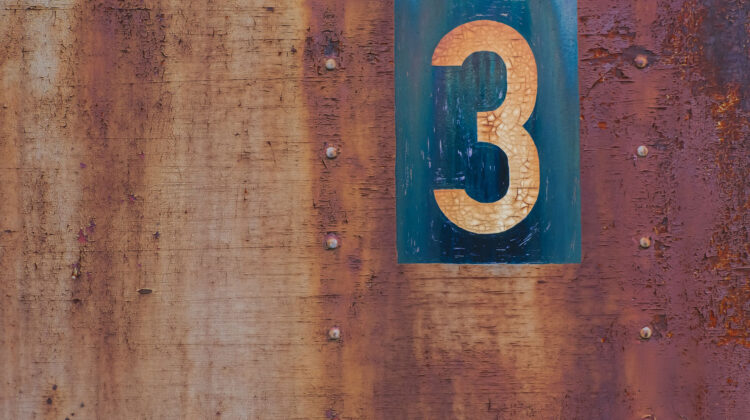 Of course, it could be me and I’m blaming my ups and down on my depression.

This can easily lead to the “which came first, the chicken or the egg?”  Am I using depression as an excuse for getting to the edge of long-term success and then sabotaging my success? Or is it depression that creeps in and takes away the success I have earned?

I feel like the dog who chased cars for years and finally got a hold of a car wheel.

So, now what do I do? I don’t have an easy answer to what is happening. I can make solid, believable arguments for each side. And while I don’t like thinking that it is all me, I have read the book The Peter Principle, which says a person will rise to the level of his incompetence.

Now that is a depressing thought.

I’ve grown comfortable in certain roles, and depression is forever looking for ways to get me back into its world. After my lost year in 1977, I began putting together a string of solid years. I went back to college where I met my wife. I had a 4.0 semester as I earned my BA. And then the kids appeared.

The kids were older before I heard from depression again.

It was 14, maybe 15 years before my depression began whispering in my ear. I had a young family who depended on me. Having depression was not possible for me at that time. There were school and after-school activities, summer camps, sleepovers, cultural events, and trips to see family.

If depression was active in those years, I never realized it.

Thinking back now, I can picture some of my actions being inspired by depression. But I was so full of other things, work, children, my wife, plus all the family. There was no time to have depression.

I had to be evergreen.

Well, that didn’t turn out to be a sold plan. And while I feel depression was not working on me for those 14 or 15 years, I know the seeds were beginning to be laid by depression as I achieved one major career goal. I’m still chicken to share the company or the position.

It took 3 ½ years for depression to take away the position I had worked so hard to attain. Or is it that I wouldn’t listen to the voice of reason? That would mean I deliberately choose to F&%$ up my position.  Yet why would I do that after working 7 years to achieve the goal?

So now I am back to which comes first, depression seeking me or me seeking depression?

There are three ways I see Depression working on me and my successful life.

Depression has me believe that only it has my back. Only depression can truly give me feedback on my plans although they are formerly depression’s ideas. Sharing instead of keeping secrets makes things harder. I need to focus, listen, to understand what is happening.

Depression does all the thinking for me; all I need to do is keep my mouth shut and do what it says

Two – It Needs Me to Listen Only to It, Never to Anyone Else

If only I would just pay attention to what depression is telling me, I would be a lot better off. Getting any sort of opinion or sharing with others, depression sees as bad. This turns out to be a lot like reason number one. The idea is to stay away from strangers, and as much as possible, stay even more distant from those you love. Having friends means there are other ideas floating around that may not be the same as what depression is telling me.

So, keeping my cards close to my chest, I can look like I am listening, but I am trying to hear only depression.

Three – Depression is Never Around When the Check Arrives

Just three short years ago, I had followed depression’s advice. I had decided to retire early, tossing out over 35 years of planning, and preparing. After I spoke openly about it once, I went deep. I had my instructions and justifications from depression and all I needed to do was retire and depression’s grand plan would be achieved.

After implementing this plan depression and I shared, I forced myself to make a major life choice against depression’s will.

I was in the abyss, shoved so tightly to the wall that nothing could penetrate. There was only me and the darkness. As I began to use the new tools I learned in the hospital and from reading, from a new therapist, from a peer support person, and from a psychiatrist, I could once again begin to see daylight.

And then wham, the bill came.

This happened in the physical form of hospital and emergency room bills. But it also happened in a “what do I do now” kind of way. So I looked around for my pal depression and he was nowhere to be found. All of the secrets, the “don’t talk to anyone,” the “only I know what you need” were gone. I was left completely and utterly alone. Crickets could be heard where there was once the voice of depression.

And I still have not gotten an answer about whose fault all of this is.

Maybe I have it all wrong. Maybe there are no winners and losers. But did I do that or did depression?  Is depression the kind of disease that would let me reach a goal, and then figure out ways to steal it from me?

It’s almost like it sees me being happy and successful and becomes quite upset.

So, it plots new schemes to entice me over to its side of the room. It cajoles and suggests little things that will, over time, lead to a big meltdown. Depression knows that each episode must be done in a way that I feel like it is my idea.

I hear myself saying, “I am going to retire in 6 weeks.”

It wasn’t depression that spoke those words. I said to them. So how can I think that it is depression’s plan? I must be the driving force in sabotaging my efforts to have consistent success. But then I remember that life is not a straight line for anyone. Everyone has bumps in the road. All of us make decisions we later wish we had thought out a bit more.

But does this mean that my life is nothing special, just a life?

Depression or not, would I earn success and then not keep it?  That sounds rather defeatist as if it is a foregone conclusion that whatever I achieve will be undermined by me using the same tools I employed to achieve my success in the first place.

It appears there are those whose trajectory is parabolic.

To the world, they have it all. On camera, in the papers, on Youtube, wherever; they look like it is all rainbows and lollipops. But secretly, they pay a price, too. Secret, that is, unless the tabloids get a hold of it. To see what is really going on, I remind myself about the “walk a mile in their shoes” thing.

In the end, we all have personal losses that we keep to ourselves and prefer not to share with the world.

I have certainly done that with my depression. This was often because I was afraid of what they would say. While I am quick to challenge others using this logic, I allow myself to wallow in it. This type of thinking helps depression and I bond. It promotes the three things my depression is famous for and justifies my actions as I go from success to giving it back, then to another success, and then another setback.

I began to write failure but opted for giving it back.

Failure is such an ugly word, yet it is often the basis for ultimate success. Was it Churchill who said something about “going from failure to failure without losing enthusiasm?” For me, it may not be each event, but my attitude towards it.

And isn’t that the only thing I have absolute control over?

So why am I making depression such a big force in my life? Yes, it has three tools it employs to keep me in line. And it often attempts to slip its unhelpful thinking into my everyday thoughts.  But I have many tools today that help me see what depression is trying to do.

I even have a personal Wellness Recovery Action Plan I constructed.

This has what I wrote about how I look and feel when I am well. Then it has a section on triggers and what I might look and feel like if things are starting to slip. Another section lists things I might do if I was even closer to the drain. More importantly, each section is accompanied by specific actions that I have used in the past to help curb and repair myself if I get in that state of mind again.

I have used this plan successfully a time or two over the past three years.

It seems funny that I used the word successful. That is what I am accusing depression of stealing from me. And yet I have successfully used my WRAP plan 3 times to prevent my circling the drain and ending up in the abyss.

Each of these times I was nowhere near the edge, but just a little off my feed.

And each time my WRAP plan kept me from going beyond just being off a bit. This is a huge success story for me and my 45+ year relationship with depression. So, to hear myself whining that everything hasn’t gone exactly to my plan is a cheap shot I am using to avoid responsibility for my actions.

I cannot say that without depression, I would have made different decisions.

I might have. Things might have turned out better or worse than what happened. But blaming the results on my depression gives me an out. I can be mad at it instead of standing up and taking responsibility for my own choices.

And while I know I am responsible for my actions; I end up returning to the question that peaked this post. “How much of what has happened in my life is the result of my depression and how many of the events in my life are 100% me?”

There are future successes I will celebrate, and future failure’s that I will endure. Depression’s three best plans for undermining my success will always be with me. Getting my head on straight and going after the future makes the most sense to me. So, I am going to leave this and get ready for the day.

And I remind myself, “I have depression, depression does not have me.”