You are here: Home / Depression / What I Learned Having Skin Cancer Removed from My Face 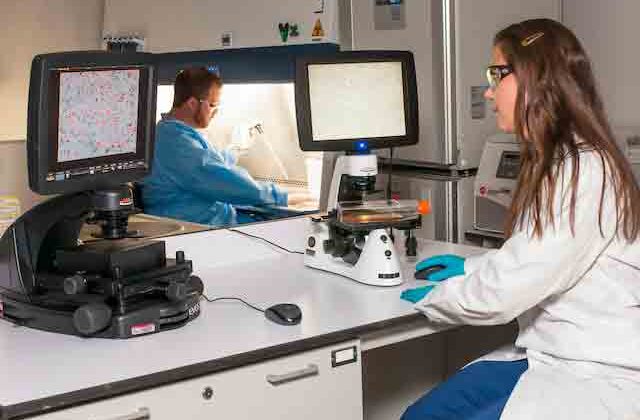 The first thing I learned is you cannot hide the results of skin cancer removal.

For the first 48 hours, I had a huge bandage on my face that covered the surgical crater left from Moh’s surgery. I had instructions, not to bathe or get the bandage wet in any way. The nurse covered to an area with petroleum jelly and covered that with a huge wad of something. Over that, she put non-stick bandage material and then white first-aid tape.

Walking into work that next morning, the questions began immediately.

Short of calling out of work, I knew that everyone was going to see the aftermath of my cancer surgery. The bandage was tight around the cutout area, making it hard to blow my nose. Well, it was hard on the side covered with the tight bandage. And the surgeon had asked me to blow gently if I needed to clear my nose.

The first comment I hear is “so how’s the other guy?”

Then they asked what happened. I told them my dermatologist had done a biopsy 2 weeks ago and the result was basal skin cancer. She had her team reach out to me to schedule Moh’s surgery. This is where they numb the area, cut out the least amount of skin, test it, and hope they got it all.

For me, the third time was the charm.

The good news is the cancer was not deep. It was, however, a bit wider than initially expected. After each cut, the results were sent to the lab in the hospital. Then the results were viewed by the doctor and the decision was made about whether they had gotten all of it. And after three cuts, they had.

The end result was a 98%+ chance cancer would not return.

So now I just need to get through several weeks of recovery. And the attention my bandage is drawing to my face. So while I thought I was the only one who had ever gone through this, I heard stories from almost every employee, manager, and customer I spoke with.

They either have had skin cancer themselves, had a relative with it, or had a close friend or associate who had cancer removed somewhere on their body.

My bandage and my honesty about why I had it on my face, disarmed nearly everyone I spoke with. Their empathy was encouraging, And their personal stories were motivating and inspiring. I found out that skin cancer is a very common occurrence among fair-skinned people. Those who work or are outside for many years, often have some sort of pre-cancer or actual cancer diagnosed during their adult years. The outpouring of support started me thinking about my depression.

For over 3 ½ years, I have been saying to myself that I need to “come out” about having a major depressive disorder.

Yet, I have hesitated. I blame most of that on the fear of stigma. Mental health issues historically have not been viewed with the same understanding that says, a broken arm would evoke. And despite federal laws about discrimination, mentally health-challenged people can be marginalized or ostracized for coming clean about their illnesses.

So, for most of the past 3 ½ years, I have put the blame on stigma.

But, I am a part of this, too. And by me dodging accountability for my depression, I have shortchanged myself and others who have any mental illness. Instead of being brave, I have been a coward when it comes to admitting my diagnosis. This is despite having had depression for over 45 years.

I finally turned and faced my depression 3 ½ years ago.

Up until then, I had ended each episode with a sigh of relief and the thought “boy I’m glad that is over.” And I did all that while sweeping the last bits under the rug, so I could go on as if it had never happened. I believed that I had gotten away with these many times over 45 years.

Now I realize that I was only fooling myself.

Using concealed depression, I felt that I was covering up my depression so that no one would see behind the curtain. Being “normal” consumed great amounts of energy and left me drained by the end of the day. Making excuses to go to bed early was one way of coping with my depression.

Being in bed was my safety net, my protection.

I used time in bed to recharge and protect myself. Being seen as less than perfect was not an option. Now I would do this with charm and grace and with an eye on helping others. Yet I wasn’t a generalist, I would pick and choose who I would help.

What a jerk thing to do.

To be more honest with myself, I have spent the past few years writing blog posts about my journey to understand my depression. And I have posted each one on my website, Pinterest, and on Twitter. So while I have not gone out of my way to acknowledge my depression, I have finally stopped ignoring it. I am facing it and learning all I can about it and about myself.

Each of over 500 blog posts has been me, working to understand my relationship with my depression.

Despite my public blog, I have not gone out of my way to link myself, to my depression. I still write under an alias; depression is not my boss. Thus I can be completely honest with myself because it is not me that is writing.

Once again, this is lame.

Having skin cancer and being honest about it, was a valuable, positive experience. I am learning so much about so many. Coming out about my depression, I feel, would have a similar impact on those around me and would positively enhance my relationship with depression.

With the skin cancer on my face, I had no choice but, to be honest.

Now if I can just be brave enough to do the same with my depression.