You are here: Home / Unhelpful thinking / What Makes Depression Create Stigma, Unlike a Broken Arm? 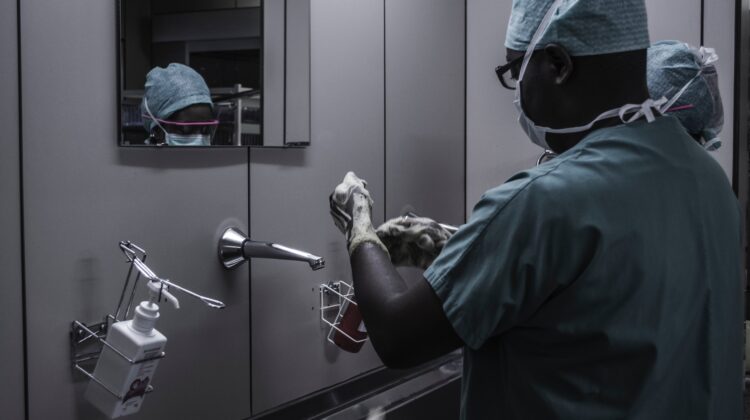 Researching stigma as it relates to mental health, I came across Kevin Breel presenting a TED Talk, Confessions of a depressed comic.

Paraphrasing Kevin, he said,” “Break a bone, and you get all kinds of sympathy, offers to help, and friends who want to sign your cast. Admit you have depression, and you hear crickets in the background as people shuffle to the back of the room and exit without saying a word.”

But it turns out I am not the only person in the world who has felt that way.

Kevin has been aware of mental health stigma since his teenage years. Now in his 20s, he offers a glimpse into what I have felt my entire adult life. He shares that you can sum up his story in 4 words, “I suffer from depression.”

The apprehension surrounding me telling someone I have depression was often too much to think about, so I faked it and figured out how to conceal my depression.

This has generally been successful, but it comes with a tremendous cost to me personally. Another name for concealed depression is high-functioning depression. No matter what you call it, it has been a survival tactic for me. I fool myself by saying that I am so good at this no one ever suspects what is really going on.

And this is true, my life often looks like a fairy tale story with a happy ending.

But push back the curtain and the truth is markedly different. Early in my relationship with depression, it introduced me to unhelpful thinking. I have worn out all 10 major unhelpful thinking styles. Amazingly, I had no idea they even existed until I spent 4 days in 5 East. One of the floor nurses gave me a handout which gave me my first insight into unhelpful thinking.

That day, as I read each of the 10 unhelpful thinking styles depression employs, I could see myself engaging with each one.

As a refresher, the 10 unhealthy thinking styles are:

While I have used all these extensively over the years, I feel a special link to Jumping to conclusions.

So, I make up in my head the result, satisfied that depression, and I know better than anyone what is going to happen.

Or just as exciting for depression, I am a confident fortune teller. Predicting the future is a breeze when you have depression in your corner. Knowing what is going to happen allows me the opportunity to avoid any situation that will not be in my best interest. But it also sets me up for major anxiety, as I worry about things that may happen, but are in the future.

I like to think of myself as a time-traveler.

This way of thinking lets me spend time in the past, languishing in every single situation I have ever been in that did not end up exactly as I had hoped. I can use my could a, would a, should a, and feel so sorry for myself. And there are no parking meters, no tools. I can stay there if I want, wallowing in my own crapulence (thank you Simpson’s).

The one style I always told myself I did not use, was labeling.

I have been extremely conscious of how I refer to myself and never say, “Oh I’m so clumsy, or I’m no good at this, or I always …” But there is evidence that this is not entirely true. While I do not catch myself labeling myself in negative terms, I know I am storing labels of myself in my mind. It’s the Peter Principle, I rise to the level of my incompetence.

And I have made up my mind that there are positions I am not ready for or wasn’t ready to stay in.

However, once again the reality is depression was filling my head with ideas that weren’t true. And I was buying into them as gospel. Many times, depression would find ways to make me believe that things were going too well. In my head, I did not deserve this. So I would conspire with depression to figure out a way to sabotage my success.

Statistically, being on team depression has been a winner for me.

But at the same time, I have lost intimacy, friendships, given up positions in companies, and jeopardized relationships all to stay on good terms with depression. Being on team depression means investing huge amounts of energy to appear like nothing is going on. And then figuring out a reason to go to bed early, so I can escape and recharge.

Did I mention the secrecy that my depression encourages, (truth be told, depression actually demands secrecy)?

Many ideas depression had me embark on, could have had different outcomes if I had only spoken to someone about it before executing the idea. Deciding to retire early after spending 30+ years preparing is one example of my depressions power. Had I been able to speak with others about the idea, I would have stayed the course and not retired early.

This decision I made plunged me into the darkest abyss yet, and nearly ended my life.

The morning I went to the ER, I had originally decided I would just stay in bed.

If I did not get up, I did not have to face anything. But I had never done that. My concealed, high-functioning depression forced me to get up. And that morning, I could not see how staying in bed was going to resolve the emptiness that I would be feeling if I was able to feel anything.

I’m not sure where I was going with this line of thought.

The good news is I am still here. Some 38 months later, I am still getting up and facing each day. My motto, as I tell others, is “I love getting up in the morning because I learn something new every day. “As I got closer to the abyss, I found I wasn’t saying that as often. Now, I am amazed at all the things I learn each day.

Did you know there are only 10 species of badgers and only one lives in the United States?

I am so grateful that I stumbled on Kevin’s TED talk. He gave me hope for myself and others as we struggle with our depression. Kevin articulated the loneliness and isolation depression demands. His ideas on stigma are true and demand our attention.

Kevin Breel is one of the bravest people I know.

In a world where stigma still is practiced, often unconsciously, having individuals such as Kevin share their stories sheds light on and helps all of us who suffer from depression.

As Kevin says, my story is simple, “I suffer from depression.”