You are here: Home / Featured Home / What Was I Worried About? My New Psychiatrist Understands Me 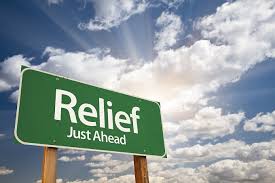 Having written about this visit twice before it happened, I guess I was a little concerned about the outcome.

But the discussion went very well. As you will see, we made some changes to my medication. But this was after almost an hour of conversation from a socially distant distance, with each of us wearing masks. I was able to share my list which I wrote into a blog post and she asked many eye-opening questions. You would think she was trained in this activity.

MY VISIT DOCUMENTED BY MY PSYCHIATRIST

Now I know a teaching hospital is different when it comes to the staff.

But my experience has been that, in the end, you can get a higher level of care. Not only did I have the “new doctor” spend 45 minutes with me, she and the seasoned doctor met and discussed my case. Then, the three of us got together, and covered my case and all the possible updates. This gave me a chance to ask questions of both doctors, better understanding my choices.

In the end, we are moving me to a different anti-depressant medication.

I will still take the Prozac for 30 days, although it will be a smaller dose starting tomorrow. But we are adding Wellbutrin XL. It turns out the pharmaceutical company makes three different versions. One you take every three hours, one twice a day, and the one I have been prescribed, discharges its contents over a 24-hour period. So, I only need to take it every morning.

My next appointment will by Thursday, July 9th. At that time, we will most likely up the Wellbutrin and stop the Prozac.

My Psychiatrist said that Prozac has a long ½ life and remains in a person’s system for weeks after the final dose. She thought this would work in my favor as I transitioned to the new medicine.  I did write down how each medicine works. There were three choices we discussed.

Effexor, which is a serotonin-norepinephrine reuptake inhibitor (SNRI). SNRIs work by increasing levels of serotonin and norepinephrine in the brain.

Duloxetine (Cymbalta) a selective serotonin and norepinephrine reuptake inhibitor (SSNRI), boosts the activity of two neurotransmitters that play a role in depression.

Wellbutrin moderates the levels and activity of the neurotransmitters norepinephrine and dopamine.

Having only tried the Prozac, it seems like a good time to see how this works. Especially since I learned Wellbutrin:

While depressed mood and lack of interest in activities may need up to 4-6 weeks to improve, disturbances in sleep, energy, or appetite may show some improvement within the first 1-2 weeks. Improvement in these physical symptoms can be an important early signal that the medication is working.

It was made clear that side effects were possible, and anything severe needed to be reported at once.

There are side effects related to driving a car. You can get a truck drivers tan. So, I am reading all the fine print associated with this new medication, but I am not having a panic attack over what I see. Having information about what to be aware of is prudent and makes me feel as if I have done my due diligence.

My Psychiatrist asked about my sleep.

I reported a distinct lack of quality of sleep over the past year. Fitful, if at all, is how most of my nights go. She was excited to hear that I had gotten the CPAP machine out again after a five-year hiatus. Using it last night, I still work up twice but was able to arise at 7:30 AM instead of my usual 8:30 AM to 9:30 AM timeframe. I am going to use the machine again tonight and see if the results increase.

I will be filling my daily reminder pill caddy tonight. First, I must take out the 10 mg Prozac. The only way to take 30 mg is to take a 10 plus a 20 mg capsule. The drug manufacturers do not produce a 30 mg version of Prozac. So, I will leave the 20 mg in, and add the Wellbutrin.

READ: What is Depression and Why Do I Have It?

I just had a wave of “what if this doesn’t work” wash over me.

While there is always that chance, I am feeling confident in the recommendations of my Doctor and their discussion with me about expectations. I know that things won’t change tomorrow morning when I take the first dose.

But I say, bring on the change, I’m ready to start getting up in the morning with a purpose!