You are here: Home / Coping Statements for Depression / Why Am I Alone Again While My Depression is Winning? 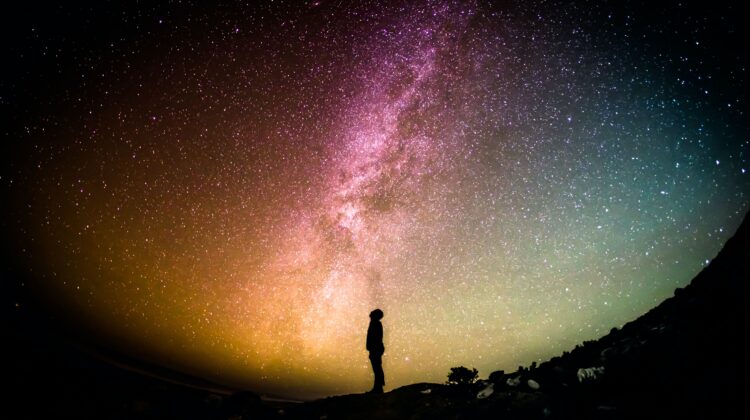 As I move away from the abyss, I reach out to friends, family, and passers-by.  I am more comfortable speaking with others and garnering opinions about this or that. I am much more able to seek out others as I work on projects. While not gregarious, I am more open and talkative.

But as depression works its magic, I begin to push everyone away.

Thinking about major chunks of my life, I can see this happening repeatedly. 37 months ago, I made my decision to stop doing the same thing while continuing to expect a different result. And I discovered an entire community of people who were in my corner.

People I never knew began to support my effort to put my depression in perspective.

I had no idea that there were resources available to me. It surprised me that so many people were ready to lend a hand and be there for me. First, there were all the doctors and nurses in 5 East. This initial interaction was clunky, but I was able to hear the support from under my depressed exterior.

It turns out I am an expert Time Traveler.

For over 45 years, I would spend my time either in the future or in the past. Being present in the moment was only something I thought about when I was reading Alan Watts or Zen and the art of motorcycle maintenance. Speaking with someone without an agenda was rare for me. I was intent on getting my message across and then getting the heck out of the conversation.

I am famous for drive-by conversations.

And then there are the doorknob conversations I like to employ. I will mention an important topic, drop some sort of bombshell, and then say “wow, look at the time. I’ve got to go.” This style of interacting gives me control and lets me avoid hearing contrary opinions or ideas.

Depression taught me how to use this and I am now an expert.

Before 5 East, I had several good friends in the career coaching and resume space. We had collaborated on projects and two of us had enrolled in and successfully completed GCDF (Global Career Development Facilitator). He is employed by a major east coast university and like me, is a published author.

Depression was jealous and finally convinced me that I am better off without him.

But there was never any closure. One minute we are collaborating and discussing ways we can use our common interests and skills to help people find and succeed in the job market. And then I just stop returning emails. I become a ghost. Depression doesn’t step up and take the credit for “saving me” from having to talk with someone. Nor does depression think it is necessary to let my friend and colleague know I am ending the project and the relationship.

All I hear are crickets.

If I were to make a list of those I have played this scenario with, it would not seem like a vast number of relationships. But I am certain that I do this repeatedly. In fact, I am withdrawing now at what I perceive to be an alarming rate.

I have distanced and separated myself from my:

There are more, but these are the ones that stand out over the past year.

I thought I was “getting better” and my depression was outdated. This convenient forgetting of my depression and its consistent role in my life works occasionally. But all my major depressive episodes before the one that landed me in 5 East were “one and done.” I did not focus on what had happened. I didn’t try to learn from it.

All I wanted was to sweep the last bits under a rug and get on with my life.

Until 37 months ago, I did not face depression or even try to say its name. Depression was what others faced, but not me. I had too many things to do. In fact, each time I recovered from a depressive episode, I would go on as if nothing had happened.

I was certain I had concealed my depression from everyone and that no one knew what I had gone through.

I am sure that others knew, but no one said anything. Or if they did, I did not hear it. The episode was over, depression (even though I wasn’t calling it that) was no longer influencing my days, and I was fine. There was so much to do and be and attend to that I had no time to reflect on what had happened.

And I sure didn’t want to be available to find out.

Now I have committed myself (no pun intended) to learning everything I can about depression. I have chosen to face it, to keep it from helping me back into unhelpful thinking. Every day I am learning new things about depression and how it works on the mind and body.

And despite what I feel are solid efforts on my part, I see I am succumbing to the depression mantra of “the first rule of depression is to never speak about depression.” While I have pulled out my WRAP plan, and have used it, there are still things that are happening that I am having trouble controlling.

Pushing away those in my support network is a perfect example.

Why am I repeating the actions that have never worked? What makes me think that as I ignore phone calls, text messages, and e-mails, I am doing the right thing? Yes, I can pull out the Buddha story and tell myself “Even if I am offered gifts, I can choose not to take them.”

But by doing that, I am choosing to be alone with depression.

And I am becoming increasingly alone with depression. I know I cannot control events, but I can control my attitude towards them. Yet I am not doing that. I am letting depression be in charge. This relieves me of any responsibility and allows me to blame depression. I can be blameless about what happens to all these people.

Yet I feel guilty and ashamed of my lack of action.

By giving in to depression, I am making things worse for myself, and by extension, everyone who has been in my corner, lending support. “You can lead a horse to water…” And suddenly I am the horse, not the person leading the horse.

This is a pattern I have repeated numerous times.

The difference is now I am facing depression. Before, when it was over, I went on my merry way, and never looked back. Now I am seeing everything that depression produces and the ten unhelpful thinking styles which I learned about in the hospital. Depression has me increasingly to itself and has found ways, even with me watching, to separate me from my support.

Knowing what is happening, I must take control again starting by saying” I have depression, depression does not have me.”