You are here: Home / Unhelpful thinking / I Discovered My Life with Depression is Not a Lie 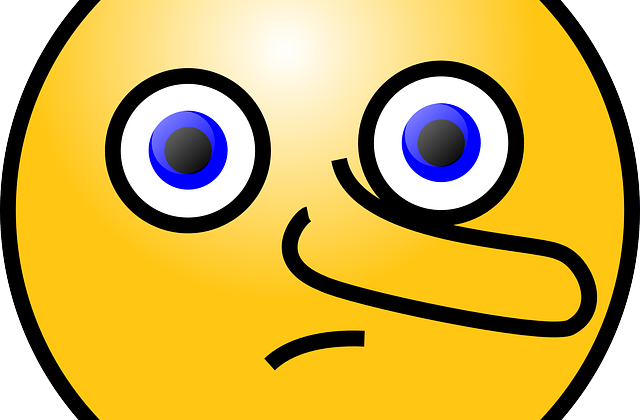 Image by Clker-Free-Vector-Images from Pixabay

It’s funny the stories we tell ourselves.

“Fake it until you make it” has always been my motto. And I have always felt that there is more for me to do before I can say I have made it. As the head psychiatrist on 5 East asked me, “when is enough, enough?” Getting one more certification, one more set of initials after my name, and one more accomplishment to show I am worthy.

I have lived my adult life, thinking the whole thing is a lie.

To the world, I present only the best of myself. Kind of like what most people post on social media. You see them at the finish line of a 5K race, beaming with satisfaction. What we don’t see is them posting pictures of themselves on the couch with a mostly eaten ½ gallon of Rocky Road, aimlessly clicking through the channels for something to binge-watch.

Deep down, I know we all have a side we keep from the public.

Up until now, I always thought that I was the only one who really had a hidden side. In fact, I am still afraid to share my real self with anyone. But there is a paradox here because what I am showing the world may be more of my real self than I think. And yet I believe that is not true.

So, what changed to make me think my life is not as much of a lie as I thought?

First, I had to recognize that I have been lying to myself about my life being a lie. Depression has these unhelpful thinking styles that it uses to keep me under its control. And negative self-talk is a marvelous way depression keeps people, well keeps me, from seeing the truth about myself. I always pictured myself not doing this. I pride myself on not using this unhelpful thinking.

But I did not recognize how I was using it at a gut level to tell myself I am lying.

On the surface, you will never hear me say, “well I was just stupid” or “I cannot do this,” or “I’ll never …” I am very aware of self-talk and how it influences people. And I am very proud of my ability to think positively and not say negative things about myself out loud.

I have always been a glass-half-full person.

Most of the time, my glass is even fuller than that. Once I set my sights on something and really go after it, I do it. And I do it well! For example, I grew my vending business from 90K in gross sales to ¼ of a million dollars in just 20 months. And then sold the business and had five job offers, three at the same time.

But this is what I show to the world.

What I have hidden are the depths of depression that I have lived through. And because my depression is sneaky, it lets me achieve goals before snatching control of my life and shoving me toward the abyss. Occasionally, my depression sees life going along very well, and decides it needs to jump in and show me the real world, “the world according to depression.”

Depression even finds ways to make me think that the next drain-circling idea is my idea.

It plants a seed that says, “you should throw 40 years of planning out the window and retire NOW.” And slowly it helps me to own the idea. My depression increasingly makes me think it is the only one who has my best interests at heart. And so, I begin to be secretive about whatever scheme depression has me working on. Retiring early was just the most recent example.

And with 40+ years of experience with depression, I still did not see what was happening.

So, I ended up doing what depression wanted and I retired early. This culminated in my 4 days stay at 5 East and my decision to face my depression. Up until then, I had not wanted to know what was happening. All I really wanted to do was to get through it, sweeping what was left under the rug, and get back to being the lovable, fun-loving guy I know I can be.

With each depressive episode, concealed depression helped me to show only a positive face to the world.

But this came at a tremendous personal cost. It takes tons of energy to put on a happy face when depression is taking every emotion away, leaving just an empty void. Many days, my most important goal was to invent a way to go to bed early. Being in bed was my sanctuary where I was safe.

So how did I discover my life is not a lie?

I told myself, and others that I came back from retirement after 14 months because I missed solving problems within company policy, And, I said, I missed the interaction with people. Both are true. But what I did not say was anything about having depression. And to me, that was lying.

Now it seems that everything I said about retiring early is true.

And I developed depression as a by-product of retiring early. And this time, I chose to face it and not sweep it under the rug. I finally said out loud, “I have depression.” And thus began my blog to explore what I was thinking and to make sense of my life.

I am very aware of the unhelpful thinking styles depression can apply.

And I can see how easy it is to go along with these ideas. Depression is very persistent, but also very patient. Depression planted the seeds of my latest depression two years before I ended up in 5 East. And it slowly added supporting documentation until I was a believer. Then I retired and the clock really started.

Because I was so secretive about my decision, I was pretty much alone with what I had done.

So, I began to build my retired life, but something wasn’t clicking. The result was a holiday with panic attacks. I had never ever had a panic attack before. And living up to concealed depression’s ideals, I did not share this with anyone. And then depression moved me closer and closer to the abyss.

I have written much about being against the wall, with no visible way forward.

Even as I was facing depression, I was still an empty vessel. It would be months before I would have a “normal” day. And even as I began to rebuild my former life, I felt I was lying to everyone. I was lying because I left out the depression component of my return to work.

I put on my happy “fake it until you make it” face, and off I went.

A regional VP from the company I retired from hooked me up and got me back to work. I am now employed in the same position I was in when I retired. But I surrendered many of the perks I had before as a long-term employee. Once again, I am telling myself this doesn’t bother me, but it sure would be nice if…

And then it’s could a, would a, should a.

So, I avoid this type of thinking and move forward. Today, I am seeing that I am not such a big liar as I privately thought. And my underlying self-talk is transforming into a positive saying.

“I have depression, depression does not have me.”

Seeing myself as just another guy with flaws is uncomfortable. Thinking I was alone on these thoughts was a way to cope. It was “me against the world.” Well, me and depression. Now I see that there are many sides to everyone. Some are public and some are private.

Having a private side does not make me a liar, it makes me human.

I have been tweeting them under the name “Depression Is Not My Boss.”

These come out under my Good Management Is Not Twitter ID. I have only had one person I know contact me about my depression blog. So, while it is out there, it is not yet visible. I keep telling myself that is the next step.

I know my sharing of my depression will come about; I just do not know yet when that will be.