You are here: Home / Featured Home / “I Know That’s Going to Leave a Mark” 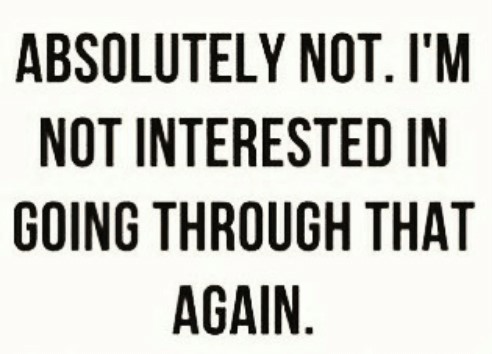 The last year of this decade was overly complicated, frightening and dramatic.

It started off in January of 2019 with waking up not being able to breath. It wasn’t that there was no air, it was as if someone had taken the life-giving oxygen out of the air that I was breathing in.  I would need to get up and walk around for a bit to clear it out and then be able to go back to sleep.

This lasted for several weeks, making it almost terrifying to go to bed, which I’m sure didn’t help.

On a positive note, I had a successful first three months of the year at the gym, losing over 20 pounds, and building my balance and my strength.  I was going 4 to 5 days a week, doing 30 to 45 minutes of cardio, followed by 30 to 45 minutes of strength training.

In April of last year, the stuff hit the fan.

I was spiraling into the abyss and had no idea what was coming or how it would profoundly and forever change my life. I ended up in the emergency room and then spent three days at 5 East. This was the end of 43+ years of concealing my depression. I had hidden it so well, even from myself, that I had no idea what was really going on.

It turns out being a high-functioning depressed person was not always hard.

It was predictable, mostly dull and uninteresting. It was clear I had to be on top of my game at work, because I saw no other way to make a living. So, I would go, do my thing, and come home, drained.

Oh, I forgot to mention that Depression cooked up this crazy scheme.

Depression secretly told me to throw 30 years of planning out the window and have me retire in 2018. Boy that was a set-up for the history books. That decision, made by me with almost no communication with anyone, ended with my being in the hospital in April of last year.

So, May and June were me dealing with the whole idea of have Major Depressive Disorder.

By June, I was running back to the safety and security of a job outside the home. I applied for and interviewed with a non-profit to run their store. I was one of seven candidates and was offered the job the same afternoon, after my group interview.

In the end, I turned down the position.

Seeing that I was running to a “safe place,” the choice of this job was not helping me learn how to deal with and live with depression. It was giving me a way to escape from the depression and was a way to ignore it and not work on my future with it.

Around this time, I reached out to a VP I know.

I expressed my desire to return to the company I had worked with for over 27 years. This led to my returning in a different capacity. But, unlike the non-profit, this was familiar in a different way and has been one of the best ways I know to teach, mentor, and solve concerns within company policy. And I love that!

My original career goal was to work about 6 or 7 more years.

Depression showed me a different path in having me retire, and I slipped into it, without asking any questions. I maximized the positives and minimized all the negatives. Had I known how to ask better questions and challenge unhelpful thinking, I would have easily seen that this was an under-handed and sneaky ploy by depression to once again screw things up.

It turns out depression hates it when things are going well for me.

Thinking of how to sabotage my success, depression went to work on a plan for my early retirement. This cascaded into me emptying all my stores of positive energy, with no way to fill them up again. The day to day, personal interactions with employees, customers, vendors and more, had been my life blood and my main source of positive fulfillment.

Now I was in my home office, in front of my computer, working with individual clients via phone and email.

It was not the same. That may have been because my attitude wasn’t right. I did not place any value in those types of interactions, and did not spend time, in the moment, with them. It was a perfunctory interaction where I would get the information needed to write their resumes and cover letters. Outside of that, I did not even try to get close to them.

READ: Guess what happened when I changed my attitude

“Just the fact’s” is what I was famous for.

I shared stories, insights and genuinely helped client’s see their true potential. But it was in that context that I got to know them. My attitude towards them was professional. Maybe I am making too much out of this, but this type of interaction is not the same as live, in person.

That is why I have been to so many live concerts, plays, musicals, etc.

The energy of a live performance is invigorating. I love it. And it touches me in a way recordings and videos can’t. So being in a work environment where I interact with people all day long is powerful for me and recharges my batteries.

In September, I flew to Chicago and spent the weekend at the 25th annual SMART Recovery conference.

This organization and its tools have been at the heart of my recovery. That weekend was the beginning of my real work to get a handle on depression and my relationship with it. In December, I took SMART’s online training.  With three new courses completed, I am ready to assist in current meetings and could start my own meeting.

READ: I am not the Smartest person in the room

While taking these classes will help others in the future, today they are helping me.

The tools I am learning are part of my self-care as I work towards leading a balanced life. These tools, combined with a stellar support system, have given me the confidence to take control of and accountability for my life and my actions.

November brought my 90 day follow up appointment with my psychiatrist.

It was clear that I was having trouble getting going in the morning and much more trouble getting motivated. My psychiatrist kind of brushed it off and reminded me I could just get up, that I didn’t need as much sleep as I get older. Well, this threw me a curve, and I defaulted to my old habits of concealing my depression. The rest of our time was surface pleasantries.

Within a week, I had thought about it enough that I called my psychiatrist back.

And I explained that not getting up was a real problem and I needed to be sure that we, as a team, were addressing this. In the end, we talked about residual depression and my concerns.

When I got off the phone, my daily dose of Prozac was doubled to 40 mg.

It took five days before I noticed a change. And even that was temporary. The long-term effects of the higher dosage took weeks before I saw any tangible benefit. But I was proud of myself for figuring out where I had shortchanged myself. Plus, I was glad I had gotten my doctor to hear me and offer his professional advice.

December was a blur, mostly because of work and a personal project that was consuming much of my “me time.”

The long and short was that it was not the event, but my attitude towards it. In fact, that has been true forever, but now I am consciously practicing that every day. And this newfound power has given me confidence to attack other things where I was not feeling in control. This has included people at work, family interactions and has even helped me with road rage.

READ: It’s not quite road rage, but it’s a trigger

So now I am into a new decade.

The stuff that hit the fan is behind me. Now, the future is unknown but brighter than ever. And the present is where I am spending more time. I am not doing a lot of time traveling these days.

Living in the moment as much as possible is now my day-to-day plan.

In fact, I had almost a two-minute conversation with a stranger yesterday, and I really enjoyed it. I was relaxed, I was listening to understand, not listening for him to take a breath so I could add my two cents.

Being in the moment feels great.

Doing more of that in 2020 is a wonderful plan. For me. this is more than a new year’s resolution; it is my new way of life. The better I get at this, the more my quality of life improves.

Knowing my history, I am blessed and honored to be alive and to be here.

Had I figured a way out of what I was feeling (or NOT feeling), I would have swept this last episode under the rug and moved on like nothing had happened. This would have set me up for an even bigger crash down the road, which hardly seems possible knowing where things ended up this last time.

So, away I go into a new decade.

Being armed with the gift of new skills, tools and a more realistic attitude. This makes me excited for the future and whatever it brings. Knowing I can figure out how I want to frame it makes me happy.

It really is a Happy New Year.