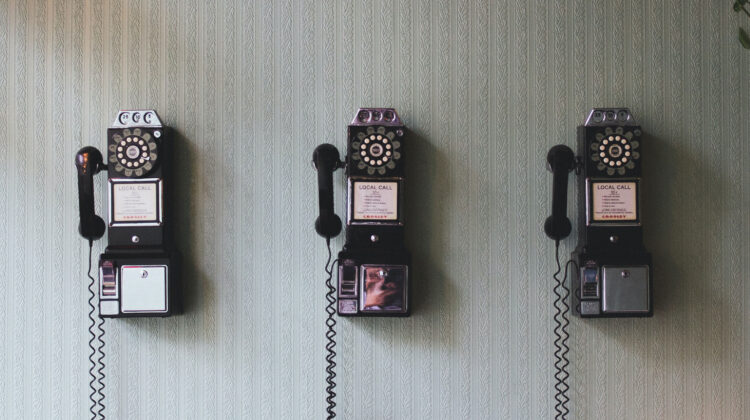 I haven’t spoken to my peer support contact in over 2 weeks.

In fact, I have been ignoring her calls, letting them go to voice mail. It’s not that I do not want to talk to her. She has been one of my most ardent supporters for the past three years. Her observations have helped me understand my medication choices. And she has given me the confidence to speak up for myself.

Her biggest gift to me is that she has never given up on me.

So why am I treating her so badly? Well, I am certainly feeling that way. In the past two weeks, my anxiety increased very quickly each time she called. At work, I could justify not answering, but this did not stop me from feeling guilty for not answering.

Worse, I would say to myself that I can call her back later, but then I have not.

In her most recent call, she left a message saying she would stop calling and let me call when I am ready.

I almost cried when I heard this. My peer support has been one of the solid parts of my life with major depressive disorder. And yet, as with other support functions, I am pushing them away. First, I had a clinical social worker I was speaking to regularly. Depression reminded me I was paying out of pocket for this. It suggested that I push my insurance to cover the visits.

My insurance did not cover him but offered a list of professionals I could speak with that they would pay for.

So, I said goodbye to the person who was genuinely helping me and began talk therapy with someone else. In all fairness to her, Covid happened. And we went from meeting in person to meeting in person masked, to a meeting by phone.

I began to imagine her doing the crossword puzzle as we spoke on the phone.

Surely, she was focused on what I was saying, but my depression pointed out that I really could not tell what she was doing. And I interpreted her responses as mere puffery, designed to sound professional. This went on for a few more sessions.

Then once again, I pulled the plug on my insurance paid support.

Several months went by with no talk therapy. Just me and my medication, my psychiatrist, and my peer support. That’s right, she was there even when I had pushed away my therapist. And she was the one who encouraged me to speak with my medication management doctor. After several months, I switched to a doctor in my network and began receiving insurance-paid medicine management.

My new doctor and I have been together for almost two years.

She was able to start from nothing and think outside of the box about my medicine. This led to my transition from Prozac to Wellbutrin. And this has been a marvelous change. The hardest part for me was going off Prozac completely and just taking Wellbutrin. During the changeover, I reduced the amount of Prozac, but still took some while I was beginning the Wellbutrin.

The day I took my final Prozac, I was quite anxious.

But I was increasing the daily dose of Wellbutrin at that point from 150 mg daily to 300 mg every morning. And it worked. Plus, it solved the problem I had had for months, a problem I could not, for some reason, explain to my old medical management doctor.

For six months, getting out of bed and starting the day was horrible; I just couldn’t get going.

I would negotiate with myself, and make excuses to change the alarm clock to a later time. And once I got up, it took hours before I was myself and could go on with my day. In a group meeting at On Our Own, I shared what I was experiencing each morning. Someone, off to the side, said “medication.” And it turns out she was 100% correct.

I was able to switch doctors, and medication because I had my peer support behind me.

I am so grateful for this and for her. The change in medication soon changed my life. So why am I treating my savior so terribly? Without her encouragement, I might still be struggling to start the day. Even the act of getting out of bed was such a pain in you know what, I dreaded the morning.

So, I need to stop making excuses and give her a call.