You are here: Home / Suicide & Self-Harm / “Those Thoughts,” Are They My Suicidal Ideation? 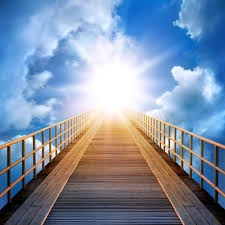 I have been afraid to write about this subject.

While people who have suicidal ideation will get it, the vast majority of people do not understand this or are afraid to talk about it. For 43+ years, I was afraid of getting anywhere near the subject. It turns out, I have a major depressive disorder, with suicidal ideation.

My suicidal thoughts are not an everyday occurrence.

But many of my 43+ years with depression have included, sometimes daily thoughts of taking my own life. Here is where I want to make a joke about it or do something to ease the tension that I can feel you, the reader, experiencing.

But then I remind myself that those thoughts could be the unhelpful thinking style of “fortune-telling.”

In this version of my MDD, I can tell what you are thinking, without ever talking to you. In fact, I am so adept at this that I can work through the whole issue of how you are going to respond if I talk about suicide. Isn’t that great?

This means that I don’t have to take the time to actually talk to you and to hear what you are actually thinking.

I can wrap the whole thing up without ever getting involved with you. This saves us both a lot of time and saves me from being forced to get in touch with my feelings. If I talk to you, I may feel something. Then I may have a reaction or some sort of emotional response.

That is way more complicated than I can handle right now.

Of course, checking into the hospital for professional medical help for what turned out to be depression was, as I say, again and again, the least frightening of the three choices I felt I had that morning. Doing the same thing again and expecting a different result was one. My second option was taking my own life. Now, as I have said time and time again, I am incredibly competitive, and I expect to live to be 100.

But suicide has been a fall back option I could return to later if other things didn’t work out.

Hearing Frank King say something to that effect in a TED talk gave me permission to say out loud, what I have been saying to myself for years. Throughout his entire talk, I kept saying” wow, did you hear that? And “he is talking about ME, describing my life!” If I wasn’t feeling so embarrassed and ashamed for having depression, I would be right up there with him.

My Peer Advocate, as I think back on our conversations, has been promoting the idea of me being a spokesperson for depression.

Shining a light on the needs of those of us, myself included, with mental health challenges can help others see that they are not alone. Spending the weekend in Chicago at their SMART Conference was the same sort of feeling. No judgment, just the occasional knowing nod by those who have lived to tell about it.

So, about these suicidal thoughts.

Having practiced transcendental meditation for years, most days I can hear them, view them as they pass in the water, and then let them head downstream. I do NOT opt to engage them but just acknowledge them.  These suicidal thoughts have never persisted throughout the day. They generally appear in the morning, often as I am on the toilet after arising.

These thoughts do not linger around and haunt me, they are just a fact of life.

Isn’t that cute? Suicidal thoughts are a fact of life.  The whole idea of not being here is too frightening for me. I have not “made my peace” nor have I gone around on a goodbye tour. There has been no putting my house in order and planning an exit.

Believe me, I am still a person who wants to be a person for a long, long time.

There is no master plan in my brain for how I would kill myself, no reoccurring fantasy of my demise. It’s just this thought that appears of doing myself in. Sometimes, I even say out loud, “well that’s not a good thought.” And I go on with my day.  Perhaps that is one reason it has taken me so long to write about suicidal thoughts. I wanted my life to be on a stronger foundation before I approached the subject.

READ: What is depression and why do I have it?

Or I was just too ashamed to let anyone know I have these thoughts?

Remember, I was Evergreen, I was always the rock, a pillar of strength, the one you could count on. It was my role. When my Dad died, I had a young family and a responsibility to be in control. Living nearby when my Uncle died, I helped my cousin clear out the house, no emotion. I have buried co-workers, family, and close friends. Extraordinarily little emotion.

Now I am not saying that this lack of emotion is a good thing.

But it has been a coping mechanism for me. Staying away from the feelings and the emotions, I get involved in the situation at hand. I make decisions, I see what needs to be done. I make it happen. So, what if I don’t show how I really feel about the situation. There are worse things.

Staying calm in the face of turbulent situations is what I do, but this comes at an emotional cost.

Some may have suicidal thoughts and get fully committed to the idea. Robin Williams and Anthony Bordain come to mind. I love Frank King’s idea about their suicides, the idea that life with depression became too hard.

READ: Everyday I push the same rock up the same hill

When I was in the hospital last year, I felt up against the wall.

There was no path forward that I could see. And the baby steps I was taking with the doctors and nurses, while distracting, did not give me an immediate sense that things would be OK. This was darn scary. I had traveled further into the abyss than ever before and could not even imagine that things would look different in the future.

One odd thing now makes me laugh, but at the time, I was sure I would never fly again.

Five months later, I was jetting to Chicago. In November it was a flight to Boston. My world view has widened immensely since I was in 5 North. And the future is so much clearer now. My down days are much higher than before and my up days a little less manic.

READ: My Gratitude Journal is Written in My Actions

“Those thoughts,” those suicidal thoughts keep coming even now, and I keep letting them go.

One of the side effects of Prozac is suicidal thoughts. I would love to blame it on the medication, but persistent, suicidal thoughts have followed me since my twenties, if not before. Waiting and hoping they will go away hasn’t worked any better than ignoring my depression. It is resourceful and always finds new ways to get my attention.

So now, I have depression out in the open, where I can keep an eye on it. Depression’s sidekick, suicidal thoughts, tags along for the ride. I know its there but do not give it any special attention. My focus is on leading a balanced life with depression.

It turns out, thoughts of death are just a fact of my life.